I'm over 50 and looking to take a vitamin B-12 supplement. Many contain a form of vitamin B-12 called cyanocobalamin, yet I read on the Internet that this form is toxic. Should I be concerned? 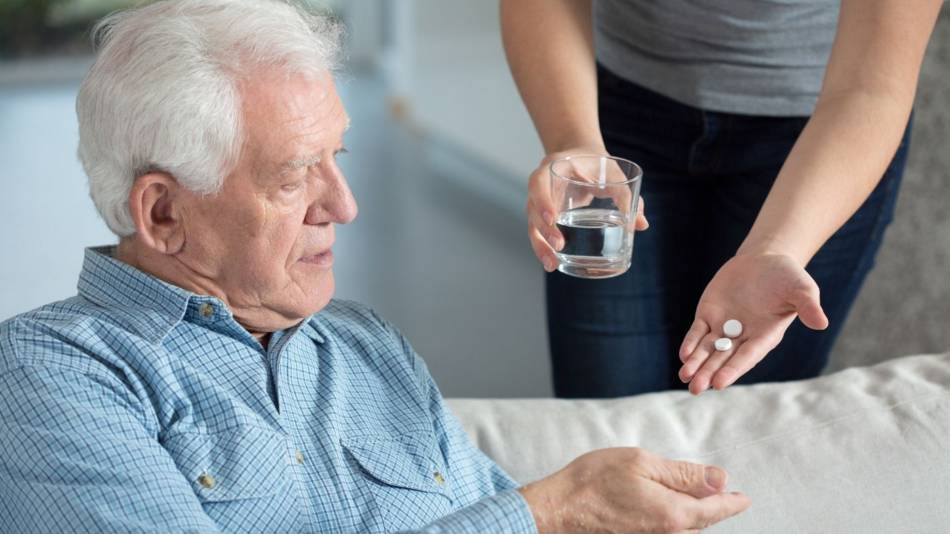 The most common form of vitamin B-12 (cobalamin) in supplements is cyanocobalamin and although this form includes a cyanide molecule, it is very safe. Why? Even at a very high dose, it would provide about a thousand times less cyanide than is toxic, and the cyanide is excreted in the urine.

B-12 is also commonly available in supplements as methylcobalamin. Supplements with both types of B-12 are included in the B Vitamin Supplements Review and the Multivitamin Review.

Some non-authoritative websites claim that methylcobalamin is better absorbed or more bioavailable than cyanocobalamin, but there is no clinical evidence supporting this claim. Other sites suggest that methylcobalamin supplements cannot yield one of the important, active metabolites of B-12, but this is not correct. More information about this, and another form of B-12, hydroxocobalamin, is found in the "Cobalamin (B-12)" section of the B Vitamin Supplements Review >>

I was told I have a MTHFR gene mutation. What do I need to know about taking B vitamins?

MTHFR gene mutation can impact B vitamin bioavailability. Learn more about this and which deficiencies are more likely to occur. ConsumerLab's answer explains.

Are B12 injections "better" than oral supplements? Are they necessary if I have a B12 deficiency?

Vitamin B12 shot/injections compared to B12 pills - which is right for you? ConsumerLabs' answer explains.

What are the symptoms of B12 deficiency?

B12 deficiency symptoms include fatigue, depression, numbness and tingling in the legs, loss of balance, changes in skin and hair, and others. Find out who is a greater risk for B12 deficiency, and how B12 supplements can help. ConsumerLab.com's answer explains.

Hi Carole - The "Cobalamin (B-12)" section of the B Vitamin Supplements Review also contains information about hydroxocobalamin: https://www.consumerlab.com/reviews/review-best-b-vitamins-and-complexes-energy-b6-b12-biotin-niacin-folic-acid/bvitamins/#cobalamin

Cyanocobalamin has a molecular weight of 1355, of which the cyanide part is about 1.9. If every single bit of cyanide in a 500 mcg tablet were to give up its cyanide, you'd have about 9.6 mg of cyanide. Remember that 500 mcg, although not an uncommon dosage, is still about 200 times the RDA. You might be shocked, but your blood, right at this moment, contains many times that much cyanide.

Low amounts of cyanide are normal byproducts of metabolism. Your body can handle small amounts. It does so 24/7: the liver enzyme rhodanese catalyzes the conversion of cyanide into thiocyanate, which goes out via urine. The Mayo Clinic states that normal blood concentration of cyanide is 0.2 mcg/mL or less. The average adult human possesses 4.7 liters of blood, which means that the average adult is walking around with as much as 940 mcg of cyanide, just in the blood. It makes no sense to worry about less than 10 mcg of cyanide in a B12 tablet.

Further, various foods that we normally consume also contain cyanide. According to the CDC, "Certain bacteria, fungi, and algae can produce cyanide, and cyanide is found in a number of foods and plants. In certain plant foods, including almonds, millet sprouts, lima beans, soy, spinach, bamboo shoots, and cassava roots (which are a major source of food in tropical countries), cyanides occur naturally as part of sugars or other naturally-occurring compounds. However, the edible parts of plants that are eaten in the United States, including tapioca which is made from cassava roots, contain relatively low amounts of cyanide."

According to Jessilyn Taylor's Toxicological Profile for Cyanide, "The cyanide content in certain varieties of lima beans can be as high as 3 mg/g...although values between 0.10 and 0.17 mg/g are common in U.S. lima beans...Much lower cyanide concentrations in various cereal grains and cereal products have been reported, ranging from 0.001 to 0.45 mcg/g...Mean cyanide concentrations in soybean products have been found to range from 0.07 to 0.3 pg/g." The more they are cooked, the less cyanide they contain. That "common" value reported for U.S. lima beans is according to the EPA.

My compliments to George8702. He writes clearly and does a very good job of putting this issue into perspective. Thank you George8702!

I like Methyl Cobalamin, it does not contain cyanide and is the final product of B12 metabolism I believe, created as the natural absorption is completed. I use 1 sublingual tablet at the 1,000 mcg (1 mg) dose once a month (taken on the date of my birthday). When I began I used it daily at 1,000 sublingual for 2 weeks as directed. My blood level rose from 200 of B12 to 500, and now it is about 400 currently on my last annual blood test. Methyl Cobalamin sublingual seems to absorb well for me, and I don't have to worry about cyanide in my system. The cyanide version of the molecule is "more stable" so it is popular for stability in the tablet/jar/bottle. There may be absorbable and usable B12 in nori (seaweed), but not in Spirulina or other algea or seaweed tested so far. There is an analogue cobalamin in Spirulina that doesn't (NOT) increase the B12 levels in human blood, not effective to treat B12 deficiency. Taking the Spirulina can make human B12 blood levels lower. (I tried this and my levels went down more.) Sublingual seems to work well, plus I get a bit of B12 in my daily multivitamin also. I'm aging well with calm nerves, no shakes, energy to spare and sleep well. I think the B12 supplement helps vegans, vegetarians, and or people who eat little fleshy meat/fish around the world. Many of the 7th day Adventists who live very long lives in California supplement with B12 and can be vegans. A good level in my mind is 500+, Europeans seem to like 800+. There used to be more B12 in and around the soil, it's necessary for plants to grow also I believe. It's not in some of the current fertilizers any more. Plus we wash our food so much, the soil containing B12 is all washed off the plant foods we eat now. Worldwide very important to keep researching all this. I'm not familiar with most of the brand names, so don't mention any here.

Here's a study that found no difference between sublingual and oral routes of administration. https://www.ncbi.nlm.nih.gov/pubmed/17109579 [Stephen Harlin, MD]

I have the MTHFR gene. People that have this-and it's very common!- cannot absorb (methylated) cyanocobalamin B12. Our bodies cannot convert it to a useable form. Consumer lab is not up to date on B12 forms. If they were, the comment above would say that a very large part of the population must take methylcobalamin B12 and methylated folate- not folic acid (synthetic form) there are millions of people with this gene taking the wrong form of B12 for their bodies. Get tested for MTHFR. My insurance covered it, if you have it, it's connected to many health problems- heart disease most important it seems as B12 must be taken to bring down high homocysteine levels ( important factor for heart disease) take the time to google it and educate yourself. It's passed down to your children. I am not a doctor but suffered for many years with fatigue and fortunately my regular MD was up to date on B12 and MTFHR connection.

Hi Debbie - Although this can be an issue with folate ( https://www.consumerlab.com/reviews/review-best-b-vitamins-and-complexes-energy-b6-b12-biotin-niacin-folic-acid/bvitamins/#folate ) there do not appear to be clinical studies suggesting this is an issue with B-12.

Thank you for posting this Dr. Harlin. You may also be interested in the study comparing oral and sublingual B-12 noted in the B Vitamin Supplements Review: https://www.consumerlab.com/reviews/review-best-b-vitamins-and-complexes-energy-b6-b12-biotin-niacin-folic-acid/bvitamins/#sublingual

How much do you take?

I still don’t know why my blood level of b12 went from 215 to 950 after seven months of taking methylcobalimen 1,000mcg and going off and landing up with a-fib.

Personal experience during many years as a physician [ I posted this once and you published it] demnads me to write you again.
Since long! [in the eigthies since this was published BMJ/Lancet?]I have been using B12 for aphthous ulcers with excellent results with tens of patients [likely far more than 100], this was with cyanocobalamine injections
Often I had to repeat one or 2 injections some twice per year.
When sublingual cyanocobalamine became avaialable I switched these patients to the tbl and all of them soon came back as the subl tablets seemed not to be effective!!
When methylcobalamine became availble, injections were not necessary anymore !
I can't ignore this personal long experience and no literature will convince me otherwise, as people so often copy from each other without personal experience.
Hard to believe that I am the only practitioner with this experience.
Thanks

Hi Harold - Thank you for sharing this. You can find information about the use of B12 for canker sores in the B Vitamin Supplements Review: https://www.consumerlab.com/reviews/review-best-b-vitamins-and-complexes-energy-b6-b12-biotin-niacin-folic-acid/bvitamins/#volkov. Also see the CL Answer: https://www.consumerlab.com/answers/can-vitamin-b-12-help-prevent-or-reduce-canker-sores/cancer-sores-aphthous-stomatitis/.