Which sunscreens and after-sun products are contaminated with benzene and which are not? 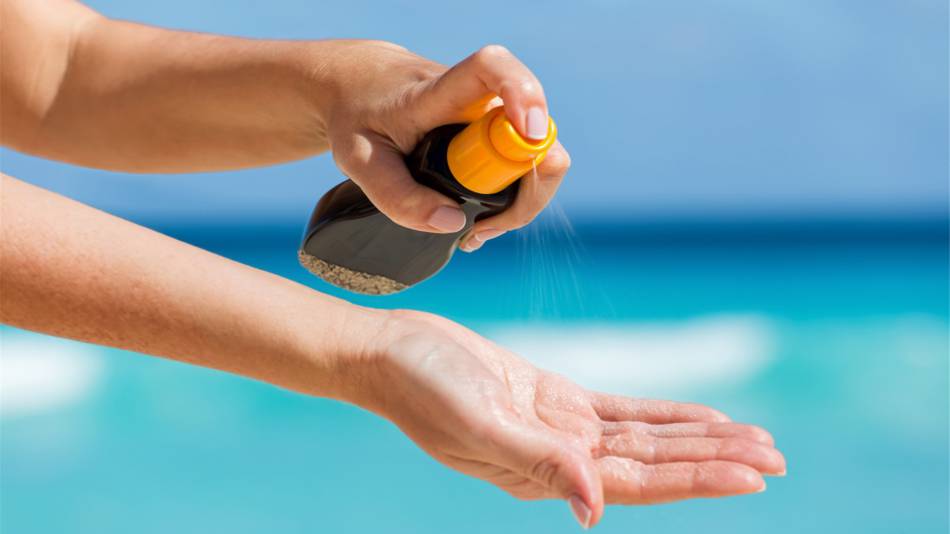 Benzene, which has been linked to blood cancers, has been reported in a large number of sunscreens and after-sun products that were independently tested. The products included sprays, gels, lotions, and creams. Benzene was found in 43 out of 224 sunscreens and in 8 of 48 after-sun products. FDA guidance suggests that no level of benzene is safe, and it is not permitted in these or other products.

Among sunscreens, the highest average concentrations of benzene (2 ppm to 6 ppm) were in four sprays from the same brand -- although many other sprays and products from that brand had less or no detectable benzene. The next highest average concentrations of benzene (0.1 to 1 ppm) were in twelve products that were primarily sprays but included four lotions.

After-sun products with the highest concentrations of benzene consisted of four gels and one spray. (Also see ConsumerLab's Review of Aloe Supplements, Gels and Drinks which includes tests of topical aloe products often used after sun exposure or for sunburn. One of the brands of aloe vera gel found to contain a high concentration of benzene also failed to pass ConsumerLab's tests for aloe vera.)

Active ingredients listed in contaminated products were also listed in products that were not contaminated — so you can't tell from these listed ingredients which products contain benzene. We don't know the source of the benzene, but it could relate to how a particular ingredient was manufactured, where it was sourced, or how it moved through the supply chain. Consequently, products having the same ingredients can be different with regard to benzene contamination.

ConsumerLab's staff has analyzed the results and identified which products we think should be avoided and which are safest with regard to benzene contamination. Sign in as a member to see the findings for more than 200 sunscreens and after-sun products.

I have Neutrogena Beach Defense water +sun protection Sunscreen Spray SPF 70. I only see the lotion in your list. Would ingredients be the same for the spray?

I only see avobenzone, and oxybenzon as active ingredients on the spray.

If this spray is not on the list, then it was not tested. It's not possible to say if it would yield the same results as the lotion.

Thank you ConsumerLab! I had heard about this issue and was relieved to check here and find the Neutrogena sunscreen I've used for years is in the green-shaded ND category.

I'm so glad I checked this list - I've been using Nature's Path aloe vera for a few years. I'm now worried about the amount of benzene in it. Is it in ALL of their batches?

Most of the results are based on a sample of one lot of each product. In cases where more than one lot was tested and showed benzene, than the average amount and range across lots is shown.

I am sitting here holding Neutrogena Ultra Sheer Dry-Touch Sunscreen Lotion Broad Spectrum SPF 100+ recommended by the pharmacist - agghhh!!! The label says avobenzone 3% and oxybenzone 6% . I guess I'd better take the Consumer Lab list and head to the pharmacy before golfing and pickleball tomorrow. Thank you, Consumer Lab. RGR

It's so depressing that we can't rely on/trust manufacturers to police their own products and make sure they can't harm us. Why can't they just do the right thing?

It is sad. We can stop supporting these manufactures financially by not buying ANY of their products. Greed is a powerful incentive for these companies but not near as powerful as a consumer’s wallet.

Thank you for your review of suntanning products. I had 2 of the worst ones.

Thank you so much. I live and breathe many avenues of health from your product reviews and this is quite scary. For those of us who take the time and expense to do all the right things, then products that we slather on often, like today before golf, were on the list. I am quite disturbed to finding these things more often now. First it was Centrum and now my sunscreens among a few other items. YIKES.

The Washington Post has an article that challenges the work by Valisure.

Here is a link to that article. It doesn't challange the laboratory findings, but points out that the health consequences remain speculative, which is valid. However, in our opinion, it is better to be aware of the results and opt for a product that was not found to contain benzene. https://www.washingtonpost.com/lifestyle/wellness/benzene-sunscreen-safe-carcinogen-/2021/06/04/33723cb6-c55f-11eb-9a8d-f95d7724967c_story.html

Consumerlab. Thank You for all that you do, it is so deeply appreciated

My daily sunscreen/moisturizer is not listed, but it has Oxybenzone 5.0% among ingredients. How does this measure in terms of your data?

I'm not sure that Oxybenzone is safe either. The Environmental Working Group a non-profit group says the European Commission recommends no more than 2.2% oxybenzone

It's a hormone disruptor and is in your blood in about 30 minutes after application, staying there potentially 3+ weeks… according to FDA who can no longer claim it is GRASE.

Plus it kills the coral reefs! ( Ocean Conservancy )

Does benzene have other names? For example, is avobenzone the same as benzene?

Benzene does have other names like benzol or cyclohexatriene, but it is very different from the active ingredients of sunscreen, like avobenzone or oxybenzone.

Okay, so why does the FDA allow benzene at all in these products?

It does not. For sunscreens and other drug products FDA's guidance is that benzene should not be used at all because it is "unacceptably toxic." The benzene that was detected is a contaminant that should not be there.

So, normally benzene would not be in the listed ingredients even if it was present?

Are benzenes and benzones both a problem?

Benzene is a carcinogenic contaminant that should not be in sunscreen. Oxybenzone is an FDA approved sunscreen ingredient -- although there is concern about it as well: It can trigger allergic reactions and act as an endocrine disruptor, i.e., it may affect hormone levels. For more about oxybenzone and other approved sunscreen ingredients, see this article: https://www.ewg.org/sunscreen/report/the-trouble-with-sunscreen-chemicals/

What do I do if I have the Neutrogena Beach Defense Sunscreen Spray Broad Spectrum SPF 60+? It's not on your list. Should I return it?

Ha, Paul22604 is asking exactly what I came to ask. I was about to toss my newly purchased can out, since it's been used already (Costco Value pack) but noticed it said on the can "oxybezone free". is that the problem substance or is it the Avobenzone, is a "benzone" the same as a "benzene"?

You may want to choose a product in which no benzene was found. There are many listed. Sunscreen is important -- as you know.

but if that particular product isn't listed, is it a problem still? Also, what ingredient on the container is the clue that benzenes are present?

I believe it says above that avobenzone is not related to benzene!

You could send the Neutrogena product to Valisure for testing. It is free, but results take 8-12 weeks. EWG has been criticized for their methodology and they do not actually test sunscreen products. Consumer Reports does their own testing of sunscreens for efficacy. Based on their latest results I bought the Alba Botanica Hawaiian Coconut Clear Spray SPF 50, which I am happy to see was rated green by Valisure. My dermatologist uses a mineral sunscreen for daily use, but recommended using a chemical sunscreen before prolonged sun exposure such as going to the beach, etc. The mineral sunscreens don't provide the same level of protection as the chemical sunscreens and they don't tend to rub in well, leaving a whitish cast to the skin. However, the one recommended by my dermatologist is better than others I have tried, and was free of benzene according to Valisure. It is the EltaMD UV Pure Broad-Spectrum SPF 47. It wasn't tested by CR, so I'm not sure how it compares to others, but it has been working for me so far. I have no financial interest any either of the above-mentioned products. I hope that helps!

Is there going to be a recall on any of these products?

Thank you for bringing this to our attention; it sounds like a concern that more people need to know about- especially since so many products intended for use on children are included in the high risk category!