What are the benefits of grape seed extract? 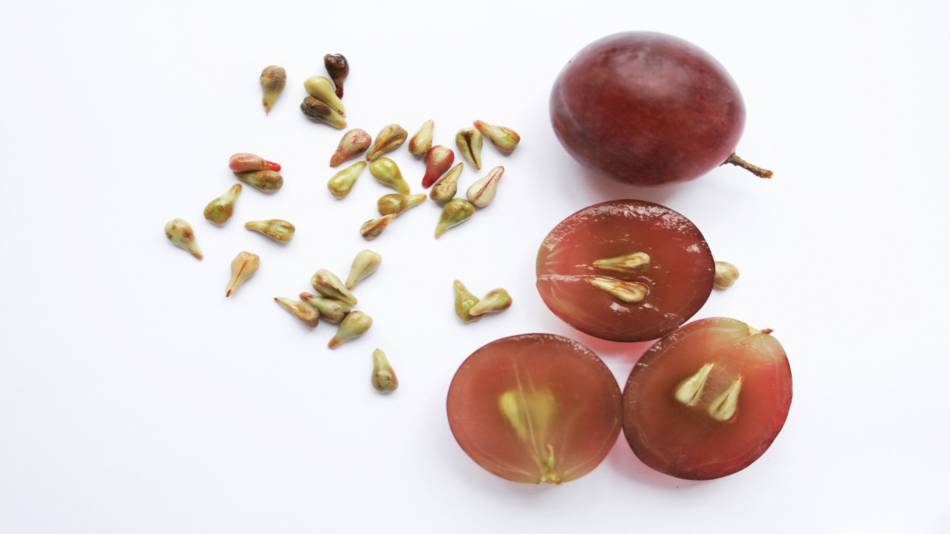 Grape seed extract may cause minor side effects but has generally been found to be safe, although it may have anticoagulant properties at high doses (Bijak, Nutrients 2019). OPCs are also found in pine bark extracts, such as Pycnogenol.

The current method of testing for OPCs is inexact and amounts can be falsely inflated by other ingredients and it has been reported that less expensive ingredients, such as extracts of peanut skin, have been substituted for grape seed extract (a concern for people with peanut allergy) (Villani, Food Chem 2014). ConsumerLab.com intends to test grape seed extract supplements when more reliable testing methods become available.

Which supplements help with Raynaud's phenomenon?

Raynaud's phenomenon may be helped by some supplements. Learn more about fish oil, Gingko biloba, and ginseng. ConsumerLab's answer explains.

A personal story is that my mom had muscular dystrophy for a number of years. Unfortunately, it did not help deterioration of her muscles; however, many years ago, she had fallen down a flight of stairs and tore her connective tissue in her knee. Because of her disease, her knee started bowing inward and for a couple of years, she had to wear a full metal brace. I did research and saw that grape seed would be good for this sort of thing. It was amazing. After only about 2 weeks of taking it, her knee stiffened up to the point of no longer needing the brace. There were a number of times over the next few years that she would run out of it and not replace it right away. Her knee would immediately start bowing again and when she would restart it, it would do the job again each time.

My Integrative Medicine M.D. uses pine bark extract or Pycnogenol for her kidney patients. I began when my GFR was 51( stage 3 kidney disease) and after about a year it is now 64 (stage 2). I count this as nice confirmation!

My recent GFR was found to be 47. I have started taking 100 mg Pycnogenol twice per day now. We'll see what happens in a year.

I found that Pycnogenol, followed by Grape Seed Extract when Pycnogenol became too expensive, had a most beneficial effect on my eye sight. I haven't changed my prescription for over 20 years...20/30 and I credit both these proanthrocyanidins for that as I wasn't the only one noticing improvement in the ocular vision.

I have been undergoing TRT for 2 years now, and have been using GSE as an alterntive to Arimidex or Anastrozole as an anti-aromatizer, to keep my Estrogen levels at normal. I had used the aforementioned pharmaceuticals for that purpose and they dropped my E levels WAY too low, but the GSE has kept them steadily normal for quite a while now. I use 300 mg per day.

Hi Steve - That is interesting, thank you for sharing your experience with grape seed extract. Some preliminary research suggests it may inhibit aromatase activity, although the evidence is mixed (http://cancerres.aacrjournals.org/content/66/11/5960.long; http://www.ncbi.nlm.nih.gov/pubmed/25167077). We are not aware of any studies in men.

I've been using Grape Seed Extract (GSE) since it became available in the 1990's and prior to the I used Pycnogenol, which contains the same ingredients. I'm 74 and in excellent health, much of it I believe due to GSE. I've followed research over the years and there is supporting research of its' anti cancer properties. Recently the University of Colorado published results related to colorectal cancer indicating it is far more effective Invivo than chemotherapy. Research also indicates it has protective effects for the heart.

Hi Robert - Thank you for sharing your experience with grape seed extract! The studies about grape seed and cancer are interesting, although they are laboratory and animal studies. There do not appear to any studies yet of grape seed extract in people with cancer or for the prevention of cancer.

That is amazing, you must have been using grape seed extract for about 20 years. And Pycnogenol before that.
Which dose are you using and how did you choose that dosage?

Great confusion exist re the role/safety of antioxidants. Research published in the journal, Science Translational Medicine reports that antioxidant use was associated with a two-fold increase in the rate of melanoma metastasis. Other studies have also reported an association between cancer and antioxidant use.

According to some information I have seen, free radicals actually kill cancer cells as well as other healthy cells. And it is possible that usage of antioxidants which will kill free radicals can interfere with cancer cell apoptosis.

"It has been reported that less expensive ingredients, such as extracts of peanut skin, have been substituted for grape seed extract"

Does this affect the effectiveness? If one has no peanut allergies or other issues.

A fair question, but we don't know.

what was the fruit drink referred to in this article. Was that 150mg dose just added to a drink ~ like open a capsule and add to the drink?

Hi Lorraine - The grape seed extract was added to 12 ounces of a blend of juices (apple, red grape, pomegranate and raspberry). This brand of extract (MegaNatural-BP) is sold in capsule form, although the study simply states that the extract was "formulated" in the fruit juice blend.

I've been using Grape ?? Seed Extract for several yrs now and I've noticed two primary benefits. My skin became stronger and my vision miraculously went from 20/35 to 20/20. Not certain if GSE was the reason for better vision but my skin became stronger very quickly. My son who is autistic used to draw blood when he grabbed my arms and hands with his finger nails but when I started taking approx 600mgs of GSE daily not only did my skin become stronger but it took on a healthier overall appearance.
Also my sister in law had terminal brain cancer and she started taking 600mgs GSE daily as well in conjunction with her chemo and is today cancer free. IMO Gods medicines are in our foods.

Which brand of GSE were you using?

I didn't read your post carefully. Good to notice 200mg GSE pills are available. I didn't know that, because I order most of my supplements from iherb and Puritan's Pride brand is not available at iherb. When ordering to Europe where I live, iherb offers one of the lowest shipping costs.
According to Wikipedia, Nature's Bounty Co. (revenue $3 billion in 2013) owns Puritan's Pride and numerous other brands.