Modest but not high doses of vitamin C from supplements may help prevent cataracts if taken for a long enough period. Get the details in the Full Answer >>

Does taking vitamin C (1,000 mg) deplete copper in the body?

Find out if taking vitamin C supplements can deplete copper levels in the body and cause copper deficiency. ConsumerLab.com's answer explains. Is Ester-C the best form of vitamin C?

Info on Ester-C Vitamin C, including which form of vitamin C is best, fully-reduced, liposomal and others based on absorption and side effects. ConsumerLab.com's answer explains. Can castor oil eye drops help cataracts and glaucoma? Find out if caster oil eye drops are safe to use, and if they help for other conditions. ConsumerLab.com's answer explains. Do any supplements help prevent or reduce eye floaters? 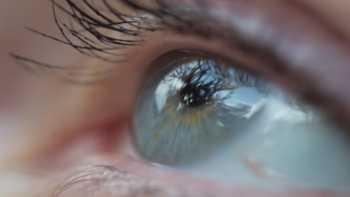 Can vitamin C reduce the pain of shingles? The vision supplement I take is based on the AREDS2 formula, but it contains a lot of zinc -- 80 mg in the recommended daily serving. Is it necessary, and safe, to take this much zinc every day?

AREDS information on the safety of supplements containing high levels of zinc, including vision supplements.

Do any supplements help prevent or improve cataracts?

Find out which supplements may help with cataracts, including selenium and vitamins A, B1, B3, C, and E.

Is it possible to take too much vitamin C?

Find out the daily value of vitamin C, along with possible side effects of excessive vitamin C intake. ConsumerLab explores the topic of proper vitamin C supplement usage, and why taking too much can be harmful. Some vitamin C products claim to use fully reduced vitamin C. Is this important?

Can vitamin C from a supplement cause blood in the urine and painful urination?

Find out if vitamin C supplements can cause bloody or painful urination, or if this is due to contamination. Your website has been significantly improved with your recent new medical input.
However regarding vit C, it is actively concentrated mainly in the eye and brain, when blood levels drop. Most mammals produce the human equivalent of more than 5-10 grams a day over a 24 hour period, except primates, guinea pigs, and a bird species.
Plants can produce Vit C at 70 gm per day in direct sunlight. Knockout genetic studies of these plants failed to produce any results until the second gene was found. Both knockouts were lethal to the plant!! No gluconeogenesis. I think all of this bias comes from the historical medical dislike of Linus Pauling's work on vit C, which he took as a powder, averaging 20 gm per day. He died at the age of 92, even after all the work needed to get 2 Nobel prizes.

The medical profession even now is just beginning to raise maximal dose recommendations. Just to play it safe, I still take only 2 gm per day 4 hour controlled release, now for more than 20 years. My eyesight and hearing is unusually good.
No cataract surgery yet.

Hi James - Please see the information in our CL Answer "Is is possible to take too much vitamin C" -- just to play it safe. https://www.consumerlab.com/answers/is-it-possible-to-take-too-much-vitamin-c/too-much-vitamin-c/

I agree that one can take too much vit C. The question is how much. The old IOM recs, or the newer one? In my humble opinion,the old AREDS studies also reccommended too little. Another non human example would be the 5 gms a day gorillas need at the Zoo. I think that was the St Louis Zoo. In human equivalents that would be much too much, IMHO.

Also, as far as I can recall, toxicologic cases of VitC ODs were in a few (1?) patient that already had too much oxalic acid due to a metabolic variation.

Are you aware of any documented large clinical studies where deaths or severe toxic effects occured in normal individuals taking too much slow release Vit C ? And how much?

Not deaths, but there are reports of negative effects with higher doses of vitamin C ranging from reduced benefit from athletic training to increased risk of cataracts. Not clear if the supplementation was with regular-release or slow release. Please see the information at https://www.consumerlab.com/reviews/vitamin-c-supplement-review/vitaminc/#cautions.

Not now, but at certain points in my life I have taken high dose Vit C (2-3gms/day). However, when I read about increased risk of cataracts associated with high dose Vit C supplementation that was reported by CL, I checked it out w/my optometrist. She acted like "Oh yeah, doesn't everyone know that?" According to her, excess Vit C deposits in the lenses of the eyes clouding the lense, thereby compromising your vision. I'd rather not have cataract surgery if possible, so I limit Vit C supplementation to about 250mg per day (think CL's studies recommended less than 500mg/day). There are enough factors that cause cataracts that cannot be controlled; I'd rather not pay for supplements that increase the risk of cataracts!

Hi Peggy - Thank you for sharing this. Just to clarify, while high dose vitamin C is associated with increased risk of cataracts, the mechanism is unclear, i.e., it's probably not that vitamin C itself is being deposited.