Risks of Too Many Vitamins & Supplements 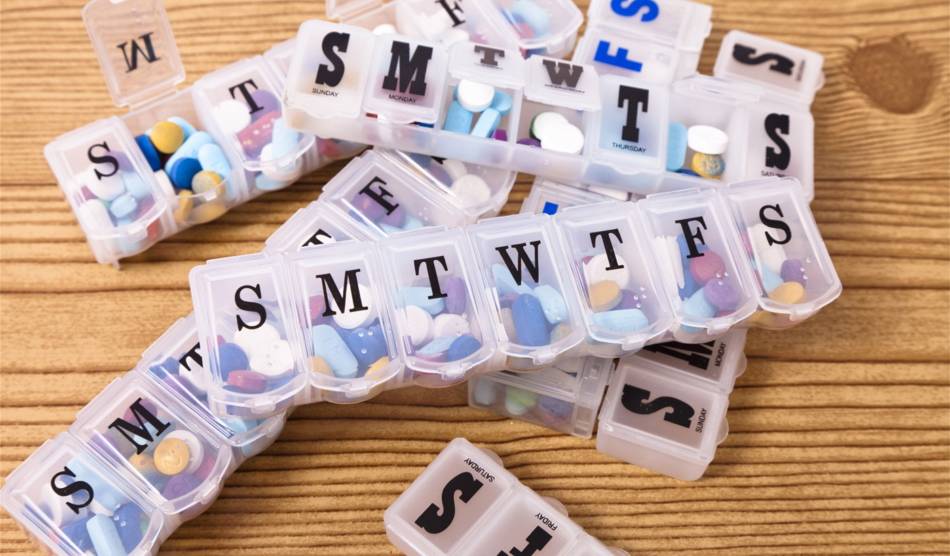 It is possible to take too many vitamins and supplements — or too much of a particular vitamin or supplement — leading to adverse effects as well as interactions with other supplements and drugs.

In 2020, there were over 50,000 reports to U.S. Poison Centers of toxicity caused by vitamin supplements including multivitamins, vitamin A, vitamin D and niacin (AAPCC Annual Report 2020).

The following supplements are among the most common causes of acute toxicity, i.e., from ingesting an extremely high dose in a short period of time:

Vitamin D
Taking very high doses of vitamin D (typically over 10,000 IU per day), for example, can cause hypercalcemia (too much calcium in the blood) with symptoms including constipation, headache, confusion, and kidney failure. Be aware that some cases of hypercalcemia due to vitamin D supplementation have been reported in people who misunderstood directions for dosing (such as with a liquid vitamin D supplement), or in those taking multiple supplements containing vitamin D.

Vitamin A
High doses of vitamin A from retinol (generally 70,000 mcg or more, or about 100 times the RDA) including from retinyl palmitate and retinyl acetate, can cause toxicity, with symptoms that can include headache, nausea, blurred vision, muscle and joint pain, as well as liver damage. In severe cases, vitamin A toxicity can cause increased cerebral spinal fluid pressure and coma. Be aware that although beta-carotene, which is converted to vitamin A in the body, is not known to cause toxicity, getting large amounts from supplements or foods can cause skin yellowing and is associated with other risks.

Niacin
High doses of niacin (1,500 mg (1.5 grams) of niacin per day, or 3,000 mg (3 grams) of nicotinamide per day) can cause liver toxicity and this may be more common among people taking slow-release niacin. These high dosages can also cause anaphylactic shock-like symptoms, such as skin redness, edema, low blood pressure, and fainting, as well as kidney dysfunction.

Although these effects may vary depending on the vitamin ingested, according to some experts, symptoms common to all forms of hypervitaminosis include:

You can check ConsumerLab’s RDA Table to see the Tolerable Upper Intake Levels (ULs) for vitamins and minerals, above which the risk of adverse effects increases. (The table also includes the daily requirements for these nutrients). Be sure to include all of your sources for a particular vitamin (including fortified foods) when calculating your daily intake, especially if you are taking multiple supplements. For example, if you take a multivitamin that provides the recommended daily intake of vitamin A, be aware that taking cod liver oil or other supplements that contain a high dose of vitamin A, you may be getting too much.

Keep in mind that, over the years, ConsumerLab tests have revealed many vitamin supplements to contain much more (or less) of a vitamin than the amount listed on the labels, which could increase the risk of toxicity. Our tests of multivitamins in 2020, for instance, found that two gummy vitamins contained more than 200% of their listed amounts of folic acid, putting the amount of folic acid from one of these gummies very close to the UL — and consumers taking these gummies could potentially exceed the UL for folic acid if consuming folic acid from other sources, such as a fortified breakfast cereal. The only way to know for sure that a supplement contains the amounts of vitamins listed on the label is if it has been tested by an independent third-party like ConsumerLab.

Also, be aware that supplements other than vitamins can pose a risk of overdose. Over the last ten years or so, for example, reports to poison control centers in the U.S. due to ingestion of melatonin increased by 530% among infants, children, and young adults.

The following supplements are among the most common causes of chronic toxicity, i.e., from taking much higher doses than needed over a longer period of time.

Vitamin B-6
High doses of vitamin B-6 can cause nerve damage and skin lesions. These severe effects are generally seen at doses over 1,000 mg per day, though rare cases have been seen at 200 mg daily and even at doses of 50 mg or less. Symptoms of nerve damage from B-6 toxicity can include numbness, tingling, and weakness in the arms and legs, and trouble with balance. Lower doses may also have adverse effects if taken long term: Taking 40 mg of vitamin B-6 daily for one to three years was shown to increase risk of hip fracture in older men and women with cardiovascular disease, and supplementation with 25 mg of B-6 has been linked to worsening kidney function and a higher risk of heart attack, stroke, and death in people with type 1 or type 2 diabetes and kidney disease.

Iron
Regular iron supplementation can damage the protective lining of the stomach, leading to stomach erosions and ulcers, and gastrointestinal bleeding (known as iron-pill induced gastropathy), which can result in a worsening of anemia, particularly if iron is taken without food. This is typically reported with daily doses above the tolerable upper intake level (UL) (>40 mg of elemental iron). Note that liquid iron formulations may be less likely to damage the stomach. Observational studies have also linked excessive levels of iron stored in the body with increased risk of heart disease, cancer and type 2 diabetes. Note that non-vegetarian adult men and post-menopausal women are unlikely to need iron supplementation. In fact, according to the CDC, 29% of men are at-risk for iron excess.

Vitamin D
Over time, taking more vitamin D than you need, and having higher blood levels of vitamin D (over about 40 to 50 mg/mL) can increase the risk of muscle weakness, falls, and fractures. Taking too much vitamin D and/or having high blood levels of vitamin D has also been associated with increased risk of heart attack, cancer-related death, and all-cause mortality. (See “How Much Do I Need and How Much Is Too Much?” in our Vitamin D Supplements Review.) Also, be aware that the “reference range” provided on laboratory reports for vitamin D blood tests do not necessarily reflect the range recommended by the Institute of Medicine).

Zinc
Excessive intake of zinc (above the UL of 40 mg per day for adults) from supplements or lozenges can interfere with the absorption of copper, and over time, can lead to copper deficiency, which in turn, can suppress the immune system and also cause anemia, heart problems, difficulty with balance and walking, and changes in mood and cognition. To partially offset these risks, it is generally considered advisable to take copper at a dose of 1 to 3 mg daily when taking doses of zinc above the UL long term. Although doses exceeding the UL may be used short-term (a week or two) to reduce cold symptoms, longer use of high doses should only occur under physician supervision. (Also be aware that zinc nasal gel has been linked in reports to permanent or temporary loss of smell, as well as pain in the nose immediately after use.) Long-term zinc supplementation at very high doses (over 100 mg per day) has been associated with a decrease in HDL (“good”) cholesterol, reduced immune function, and an increased risk of prostate cancer.

Supplements containing herbal or plant-based ingredients such as ashwagandha, cocoa, echinacea, green tea, turmeric and curcumin, and many others, as well as those containing substantial amounts of minerals, have the potential to be contaminated with toxic heavy metals such as lead, cadmium, and arsenic — which is why ConsumerLab tests these products for heavy metal contamination in its product reviews.

Some contaminants are specific to particular supplements. In 2022, for example, ConsumerLab tests revealed that 30% of the red yeast rice supplements it selected for testing were contaminated with citrinin, a potential kidney toxin.

Unless the supplements you take have been tested by an independent third-party like ConsumerLab, there is no way to know for sure if they contain toxic heavy metals or other contaminants — and taking multiple supplements that have not undergone testing, particularly those containing herbal or mineral ingredients, could potentially increase your exposure.

The more vitamins and supplements you take, the more opportunity there is for interactions with other supplements as well as with medications you may be taking.

You can learn more about potential interactions of supplements with drugs in the “Concerns and Cautions” section of each of our product reviews.